How Racism is Killing White Americans 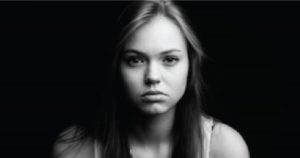 The most interesting thing about the Trump phenomenon is not Donald Trump, it is his mostly white poorly educated working class constituency and the real pain they are experiencing in our economy. Poor white Americans are dying early at unprecedented rates. They are being killed by racism….but it’s not what you think.

Recent data shows that white working class Americans, Trump’s core constituency, are dying at unparalleled rates, so much so that since 1998, half a million more white Americans have died than would have been expected under previous rates. This is almost as many deaths as from the entire US AIDS epidemic. Poorly educated white women now have a shorter life expectancy than poorly educated black women. White working class American death rates are climbing while simultaneously death rates for blacks and Latinos are falling. The phenomenon seems to be unique to the US – white deaths are increasing dramatically in the US and not in other developed countries.

Some researchers have called these “Deaths of Despair” because the leading causes of death are from increased drug use, suicide, and alcohol-related liver disease. As a doctor, when you start seeing hundreds of anguished patients with these diagnoses, you have to take a hard look at the root causes. White working class Americans are losing hope and dying as they see the American Dream slip from their grasp. It is becoming increasingly clear that a key culprit….. is racism.

To understand how racism is killing poor whites, you have to understand how racism operates in America. Racism is a system of power that structures opportunity and assigns value based on the social interpretation of how one looks (what we call “race”). Racism is deeply embedded in our country’s core narrative. There are clear echoes of it in the US Constitution, in our national anthem, and even in the public oratory of the so-called Great Emancipator, Abraham Lincoln.

Narrative shapes policy and policy shapes opportunity. Our national debate repeatedly distinguishes those who deserve health, social, and economic benefits from those who don’t and assigns the undeserving black and brown faces. The welfare queen. Absentee fathers. Anchor babies. This revolving cast of, well, deplorables, is employed to erode popular support for common sense universal policies. This highly racialized narrative undergirds a profound “structural racism”- a set of exclusionary policies around housing, education, employment, and health- that operate synergistically to deprive many low-income people of color opportunity and access to the American Dream.

The same narrative that gives rise to structural racism also serves as a powerful barrier to the adoption of common sense universal policies that other developed nations implemented generations ago such as universal health care, paid sick leave, universal child care, subsidized post-secondary education, housing support policies, and robust unemployment protections and retraining programs. In fact, this narrative undermines universal policies by attacking the very role of government itself.

So what does this have to do with poor white people? In other developed countries, universal policies contribute to creating solidarity across groups and form the basis for the social compact that exists between the government and its citizens. Founding Fathers, Madison and Jefferson each envisioned a clear American social compact as they worked to draft the US Constitution. The social compact describes the agreement between citizens and their government wherein citizens agree to yield power to government in exchange for their mutual benefit. The essence of the agreement is that government’s role is to work for the mutual benefit of all of its citizens.

In the US, we speak fondly of the American Dream but the American Dream is dying because the American Social Compact has been shattered. Working class Americans of all races and ethnicities routinely struggle to find reliable and affordable health care, living wage jobs, quality child care, and pay for college. In other words, government is no longer working for our mutual benefit. Middle-age working class whites are feeling the squeeze in ways their parents did not . The chronic stress of lacking reliable access to basic resources is steadily eroding their dignity and literally killing them. Racism and the consequent refusal to adopt universal policies and repair the American Social Compact is now wreaking profound and indiscriminate collateral damage and devastating the hopes of America’s white working class. In short, racism is now killing white people.

The only meaningful solution is to begin the slow and painful process of Truth and Reconciliation to acknowledge the depth and breadth of exclusionary and racist social policy and its legacy and then begin the collective work of rebuilding the American Social Compact where everyone is valued and has the opportunities they need to live healthy and fulfilling lives.

*This article was originally published on Daily Kos on December 05, 2016. Read the original article here.