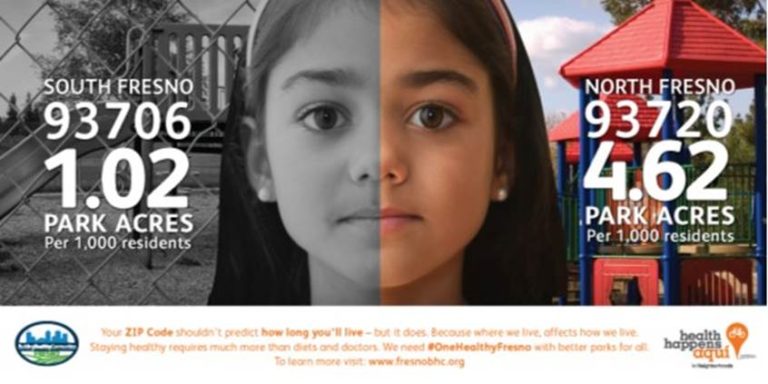 For far too long, our poorest residents have had their futures decided by a limited number of people who have held power in our communities. But since 2010, our Building Healthy Communities effort has demonstrated countless times that empowering residents to get involved in the decisions impacting their lives, not only changes the odds, but beats them.

At the heart of this transformation is a powerful coalition of young people, whose involvement in decision-making has begun to set the tone for generations to come.

The most compelling example is in Fresno, where young people decided that parks would not improve if funding decisions were left to those who allowed our parks to deteriorate to the point of becoming among the worst in the nation. Not surprisingly, the Fresno power structure, including the mayor and law enforcement, opposed this effort to improve local parks.

Despite that powerful and well-funded special-interest opposition, young people who were part of the Fresno Building Health Communities coalition, worked hard to persuade the majority of voters to tax themselves for parks. In fact, 52% of Fresno voters agreed with Fresno BHC that parks are important. They believed investing in parks builds a healthier and more prosperous Fresno. But while the effort to invest in parks was not successful, it hasn’t stopped the power of Fresno BHC, its young people, residents and partners.

While the majority of Fresno residents voted to pass the parks measure, an artificial voter threshold required a two-thirds majority for passage. The coalition believes the threshold is not only unfair, but the law is on the side of the people. That’s why Fresno BHC filed a lawsuit against the city of Fresno asking the court rule that a simple majority allow Measure P to be enacted.

Fresno is not the only place where the court has taken up this issue, so the outcome of this case could set a precedent beyond this community for resident-led initiatives statewide.

While it may take time for the courts to decide, it won’t stop the power of young people, residents and community advocates of Fresno BHC to help create a healthier Fresno for everyone.

Young people worked hard for years to bring more and better-quality parks to South Fresno neighborhoods, where the largest disparities of green space exists. It is those young people Fresno voters supported when a majority voted for Measure P.

Empowering communities to be part of the decision-making process is leading to smarter decisions that improve the quality of life for every resident, not just those who have had access to the traditional power structure. It is exciting to see young people leading the way.